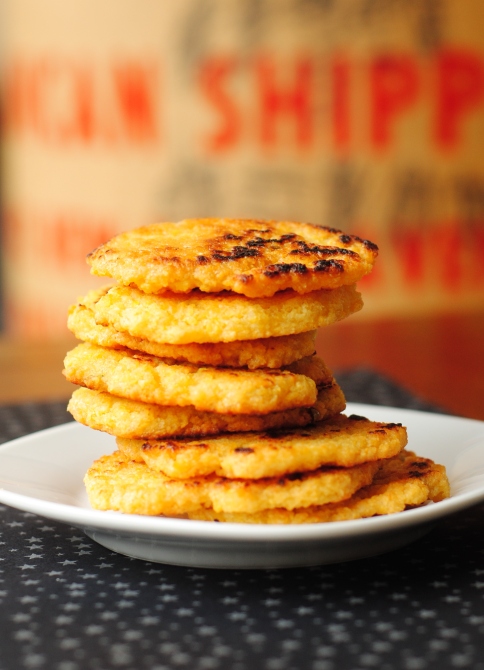 Not too long ago eating out in Calcutta was reserved for special occasions or weekends. Bengalis were quite unwilling to pay and eat traditional food, the common saying being “if I can make it at home, why should I pay for it and eat it outside?” So, restaurants served mostly Chinese, Mughlai or a few other cuisines. During my last visit to Calcutta, I was quite surprised to see the change. Now the mentality is more like “if I can pay for it and eat it without any sweat, why should I make it at home?” Seeing the eating-out culture, I thought that not far from now, kids will have no memories about home cooked comfort food cooked by their mothers. I am not saying that everybody does it but the urban population, which is always running after something or the other, is getting more and more inclined to avoiding simple home foods and cooking. Eating Bengali food in a restaurant is very fashionable now. You can find a Bengali restaurant in almost every neighborhood in Calcutta. Some have managed to acquire fame and some are still struggling.

Before I visited Calcutta couple of years ago, I Googled the menu of a very popular Bengali restaurant and my jaws dropped. Two pieces of begun bhaja (fried eggplant) was like Rs.25/-…are you kidding me? A simple bowl of daal (lentil soup) will be Rs. 30/- or something close to it. It looked outrageous to me but still went to the restaurant to see if they can justify the price. The food wasn’t bad but no way am I going to that place again in my life to pay Rs. 25/- for two pieces of begun bhaja. That’s just me, but I don’t see the restaurant going out of business in near or far future.

In the matter of Bengali restaurants, Rakhipurnima Dasgupta was a little ahead of her time. She opened a place called Kewpie’s in the memory of her mother Minakshie Dasgupta, when eating traditional Bengali food from an a la carté menu was almost unheard of. Although bhaat-daal-maachh (rice-lentils-fish, the Bengali staple) was very much available in the traditional kebin (communal dining establishment with prix fixe menus and limited table service), these establishments were the haunt of the working-class bachelor or the poor lover, and no bhadralok (upper middle class educated Bengali gentleman) would be seen dead in one. I have a book written by Mrs.  Minakshie Dasgupta called “Calcutta Cookbook”, where I found many recipes which are pretty new to me. Among the more traditional ones, there was chapor ghonto and I had no idea what it was. Naturally, I was very tempted to make it and finally I have managed to do it. Looks like it is among the dying recipes but I don’t see why. It is a little bit time-consuming but less so than a regular mutton curry. I am more like a fishiterian (yeah, I came up with the word) and eat mostly vegetarian and fish at home. Meat is reserved for special occasions. If I see an interesting vegetable recipe, I can’t wait to make it. 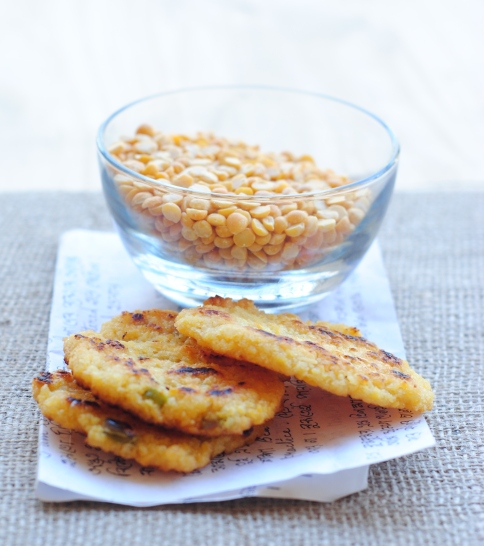 The recipe below is almost copied from the cookbook with my variations included. I have no idea what it should originally taste like, because I haven’t had it in my life. I liked the taste of my chapors (fried spiced lentil cakes), so right now, not so worried about the authenticity. When I called my mom, she said she has made it once from a recipe shown on TV. I assume this a recipe from the Bengalis originally from the West Bengal (ghotis) but not sure. If you are ready to put in a little bit of effort to make something rarely found these days, go for it. You won’t be disappointed. 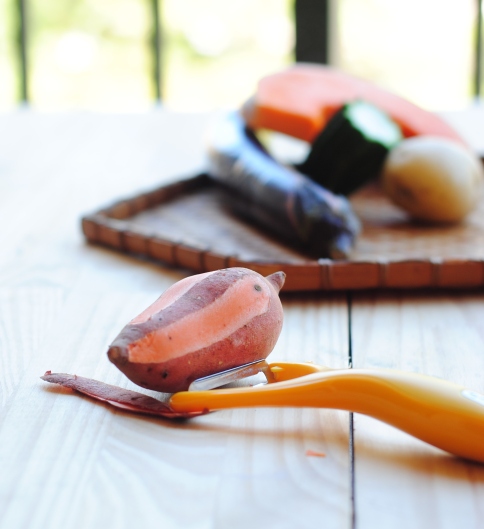 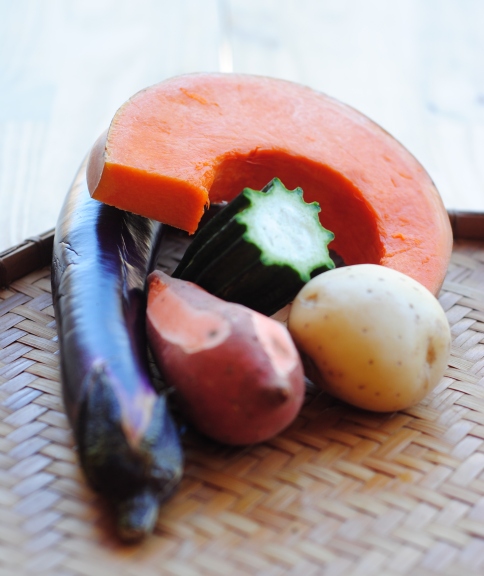 How to make the chapor:

How to cook the ghonto:

Variation: In her original recipe, she added 25 grams (around 2 1/2 tbsp.) of soaked chholar daal/Bengal gram with the vegetables. The pumkin and the sweet potato addition is mine, she had wax gourd or potol instead (I don’t get wax gourd very often here in the US). She said you can use the freshly grated coconut as a garnish also. She also didn’t add green chilies to the vegetables. I like a little bit of kick, so I added 2-3 nos. It’s your call, go for the pumpkin and the sweet potatoes if you like a little bit of natural sweetness in the vegetable mishmash or completely omit them or may add one and skip the other one. I’ll try to cook it again with soaked Bengal gram and coconut as a garnish.

I had it with ruti/chapati and it tasted great. I am sure it will taste good with rice also. Have it with a simple masoor daal.