In the Bengali culture, there are foods which we consider as daily staples and others which we eat only on festive occasions. Whereas the culture of daily food is retaining its purity, the ceremonial food is gradually changing its course toward more of a ‘hotchpotch’ cuisine, as likely to be from France as it is from Bengal. Even at my own wedding reception, the menu included items as disconnected as Italian salad and the very traditional East Bengali chitol machher muithya/chitol fish balls in spicy gravy. Being a small-town girl and having no idea whatsoever what to make of the mixed spread, I asked my husband to enlighten me on the menu. Somewhat flippantly, he answered ‘this is what is called a cosmopolitan menu’. 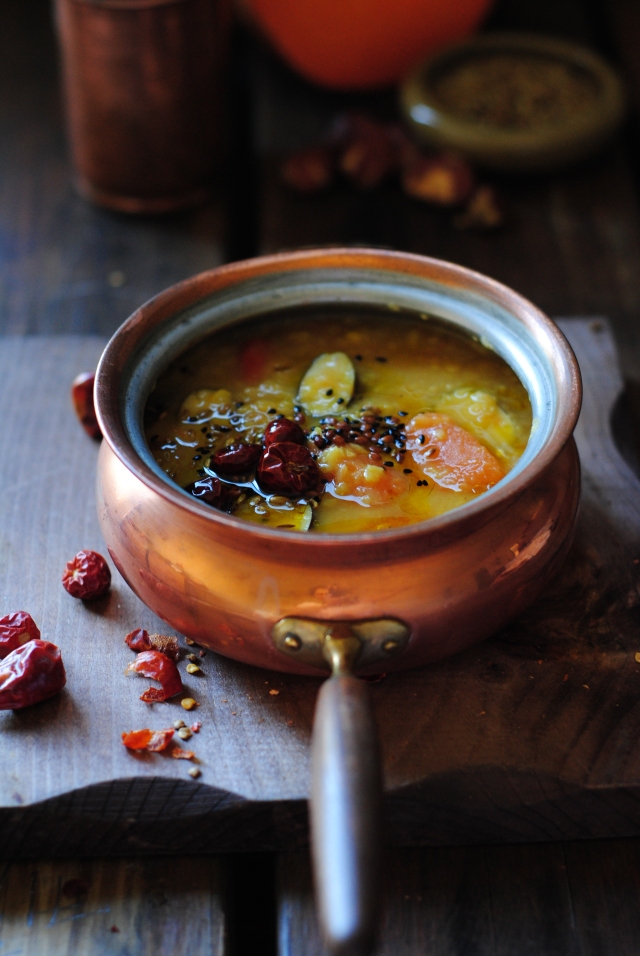 As a kid and even during my growing up years, there were foods which we considered ‘biye baarir khabar’ (wedding ceremony food). Although they were considered ceremonial food, they were often jazzed-up versions of everyday dishes, although on the spicier and richer end of the spectrum. On a ceremonial menu, there was and will never be a simple mushurir daal (red lentil soup), thore (banana blossom curry), beguner bhorta (roasted eggplant) or uchche chachchori (bitter gourd curry). Instead there will be machher matha diye muger daal (lentils cooked with fish head), alu fulkopir daalna (cauliflower and potato curry), machher kalia (spicy fish curry) and shukto (bitter toned mixed vegetable curry) (although most of these are now unfashionable and confined to the lunch menu, which these days is the neglected stepchild of the Bengali wedding feast, although this was not always so). I don’t know how some foods acquired celebrity status and made red-carpet entries to the dinner menu while some others failed to leave the everyday mundane status. I suspect it has little to do with subtlety of taste and relates more to the price of the ingredients (expensive ingredients = successful host, taste be damned). The daal I am sending to My Legume Love Affair (MLLA62) hosted by Siri is among the ones which never made it to the A-list but nevertheless it’s one of my favorites (even my Dear Husband likes it a lot). It’s versatile, very nutritious, tasty and healthy. The vegetables added to the daal depend on the availability and could be whatever you have in your pantry. An added bonus is that can be eaten with both ruti/chapatti/bread or rice. 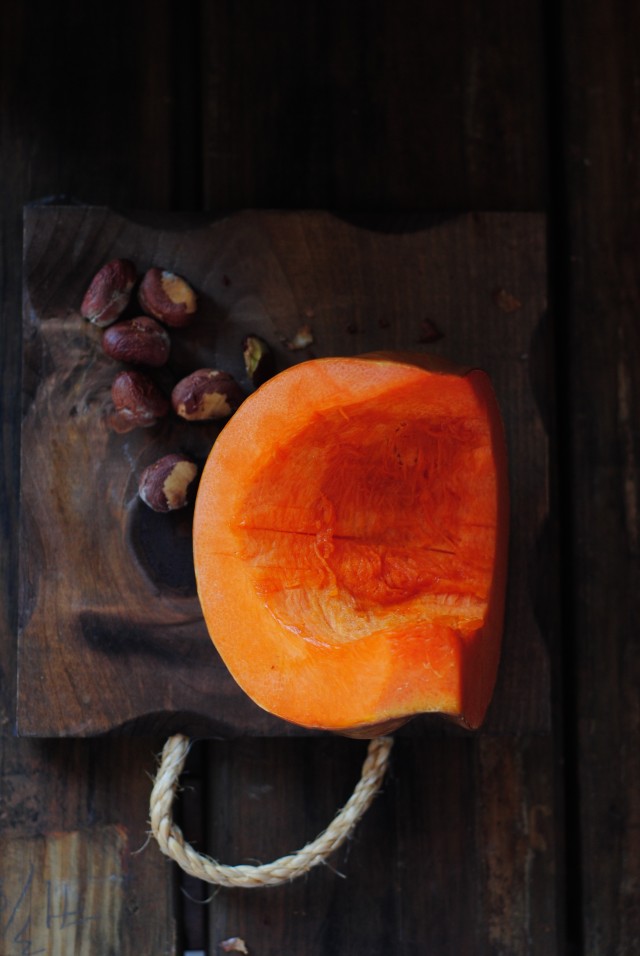 Pumpkin: 8-10 one inch cubes (more or less as you prefer)

Jackfruit seeds (optional): around ten (I partially sun dried the seeds and then removed the outer shell and halved them right before I added them to the daal)

Jackfruit seeds with the shells on.

PS: I have made this daal with other vegetables too. It tastes great with ridge gourd/jhinge, sweet potato/mishit alu, begun/eggplant, kumro/pumpkin, lau/kumro doga (young shoots of either pumpkin or bottle gourd plant, not the leaves) all together.

The thickness should be of medium consistency, neither too thick nor too watery.

Another motor daal recipe will be found here. 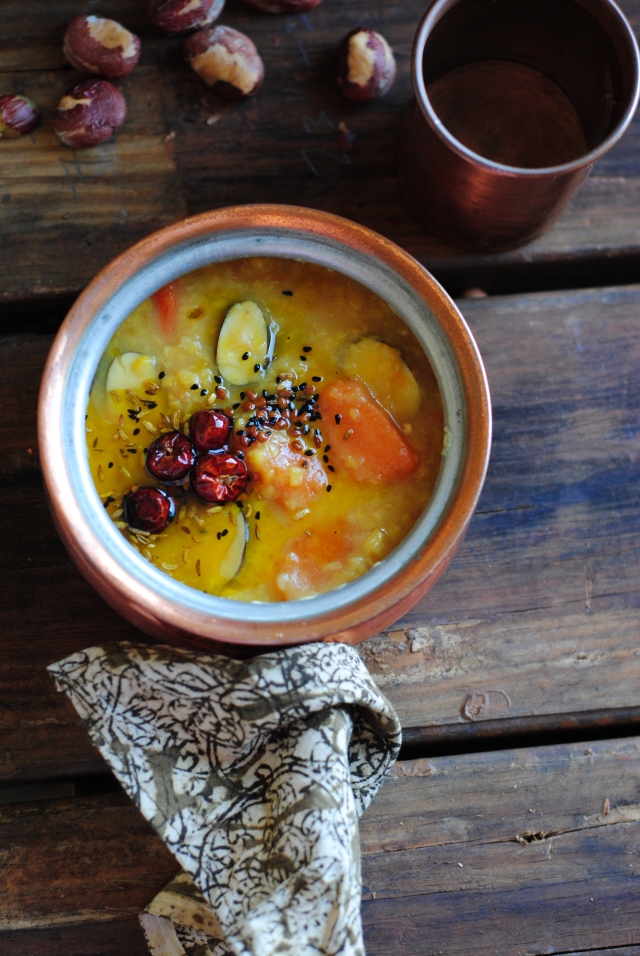