A glimpse of the Durga puja celebration in a foreighn land: 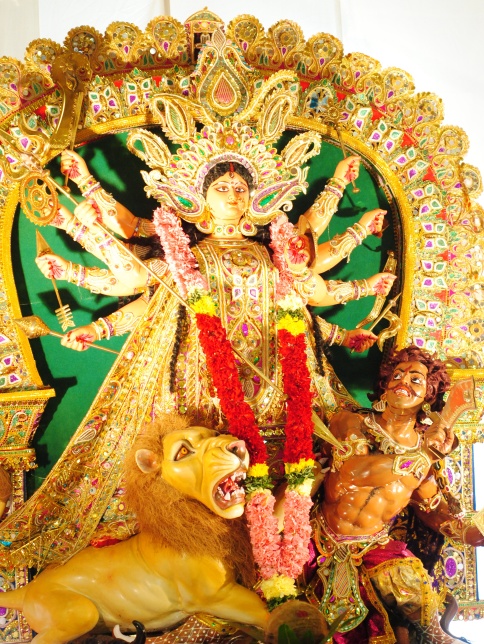 The Bengali community in Kolkata has celebrated its grandest festival, called Durga Puja, with its signature joie de vivre for the last four-five days. Maa Durga (mother Durga) came from Kailash (a sacred mountain, her husband’s abode) to visit her parents with her kids. Now the time has come and she needs to return to her home in the Himalayas. People back home were spending sleepless nights to do pandal-hopping (pandal – a sort of temporary marquee made from bamboo to house the idol for four days during Durga puja), pushing thousands of people to get a glimpse of the magnificent pandals made of either ice cream sticks, earthen pots, grass or anything that comes to the artist’s mind. After these four days of madness, the idol is usually immersed in the nearby river Ganges or sometimes in the local ponds or lakes. The last day of the festival and the Devi Durga’s (goddess Durga) return is called Bijoya Dashami (departure on the tenth day). Bengalis celebrate this day by visiting friends and family and exchanging sweets. Some people drink a glass of sidhdhi/bhang (dried leaves of Cannabis sativa in thickened milk, mixed with dried nuts, sugar and few other things….yes, it’s legal in Bengal to consume cannabis. In the name of the God, people can do anything I guess on bijoya.) 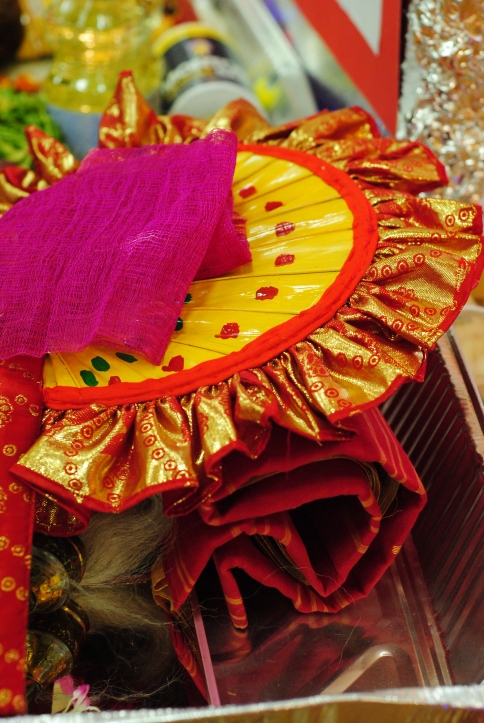 During my stay in India, we visited our neighbors with the sweet and savory things my Maa made. The ritual was to touch the feet of the elderly and get their blessings. People make all kinds of sweets. My Maa used to make nimki (fried diamond shaped savory fried dough), and some kind of sandesh/dessert. I think the ritual might have came from the fact that, when Maa Durga was going back home after visiting her parents, she got the blessing from her parents or elderly and it got passed along the people and we still do it. I can be completely wrong though. Once I read more, I’ll update this information. 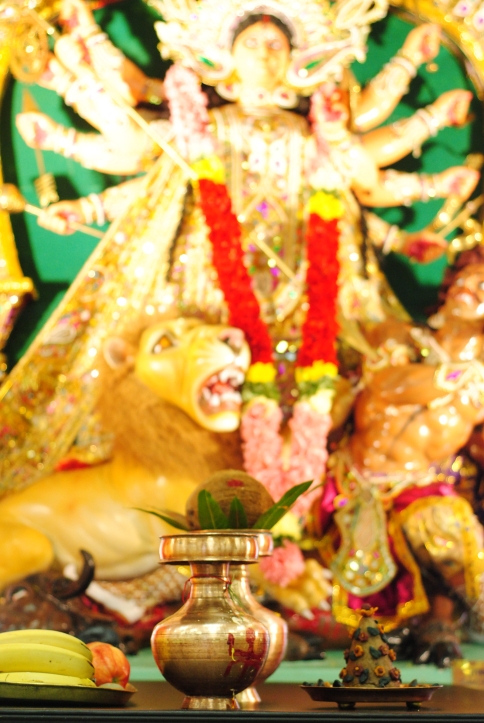 Here in the US, we often forget the niceties of connecting with the  elderly, uncle, aunt or the respect we offer to people elder than us back in India. We call everybody by their first names and that kind of takes away the basic thought. So, on this very special day, when I am thousands of miles away form my parents, I’ll get their blessing on phone and say “tomra amar bijoyar pronaam niyo”. This single phone call means a lot to me and my parents. I’ll call my friends, in-laws and wish all of them Subho Bijoya as well. It’s a ritual I don’t want to forget…it reminds me about so many things and values I grew up with. 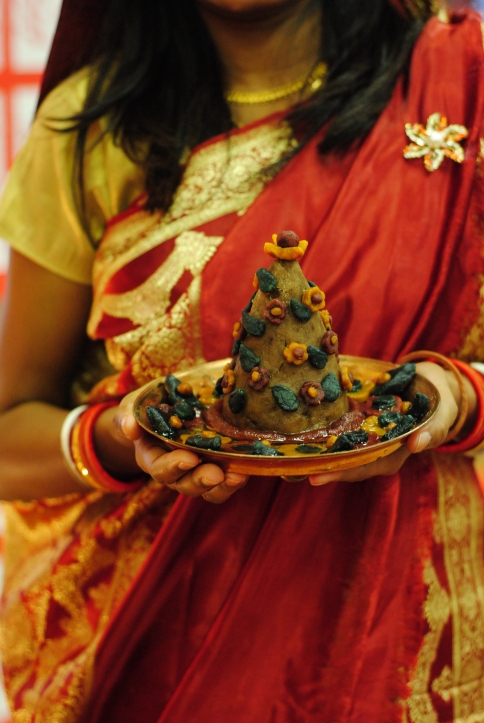 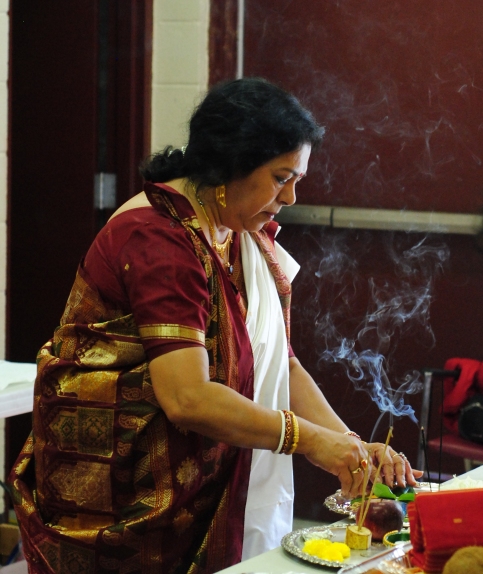 Preparing the offering tray before she says goodbye to the goddess 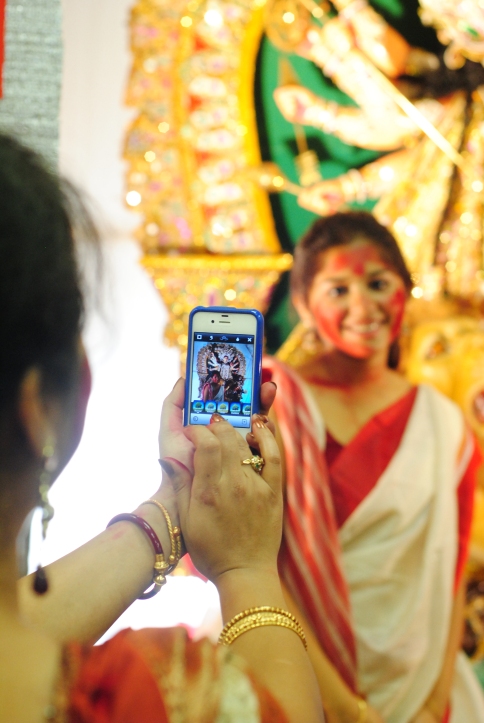 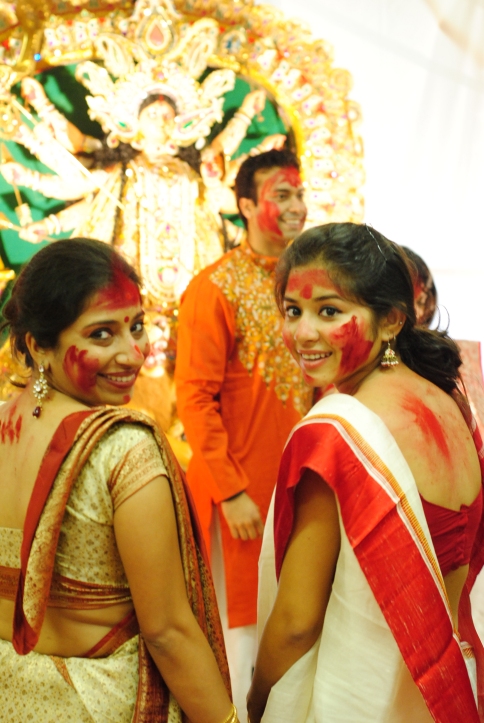 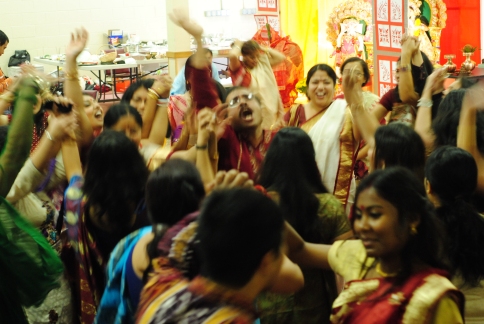 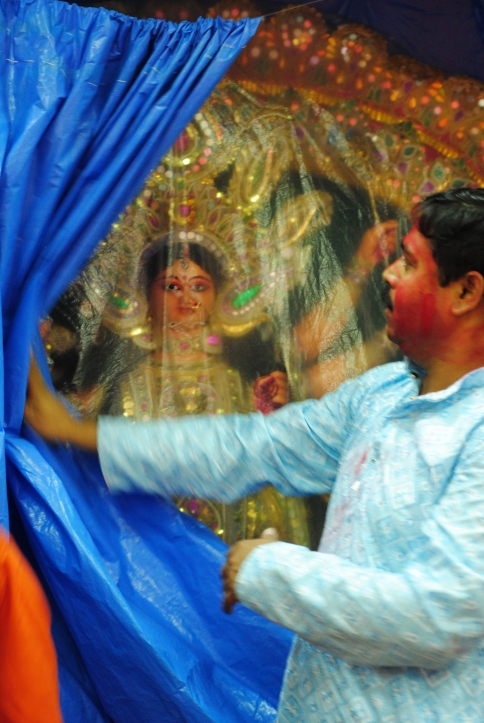 The goddess is preparing for her return 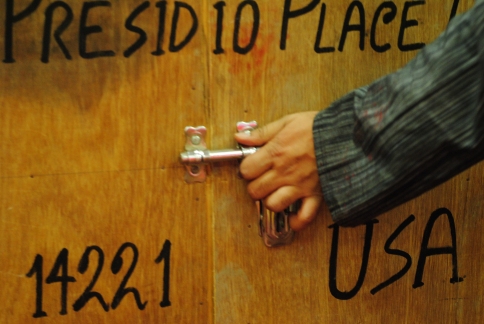